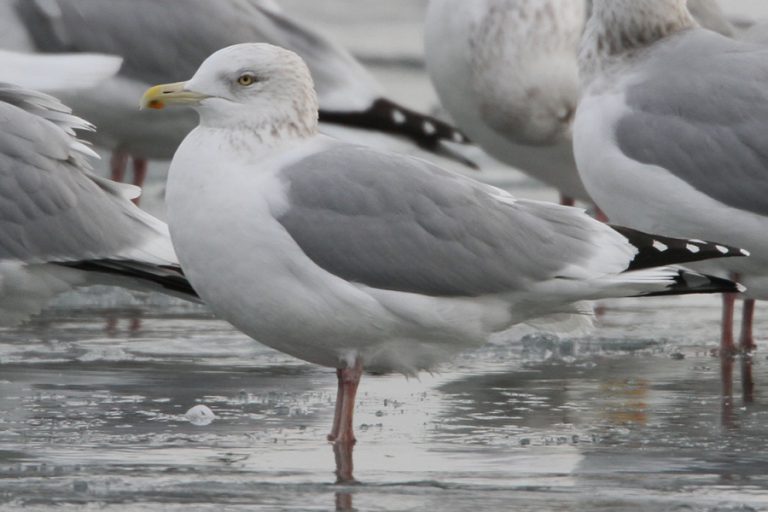 BrianMorin
Canada (Ontario)
Dec 5 2014
adult, winter plummage
Cornwall - This second adult Thayer's Gull has less head marking than the other bird. Some Thayer's Gulls have dark eyes but others are light. Both of these birds had eye colour similar to Herring Gulls. CORRECTION: After careful consideration and review by an experienced gull watcher this may be a hybrid Thayer's Gull and Kumlien's Iceland Gull.
Dec 6 2014