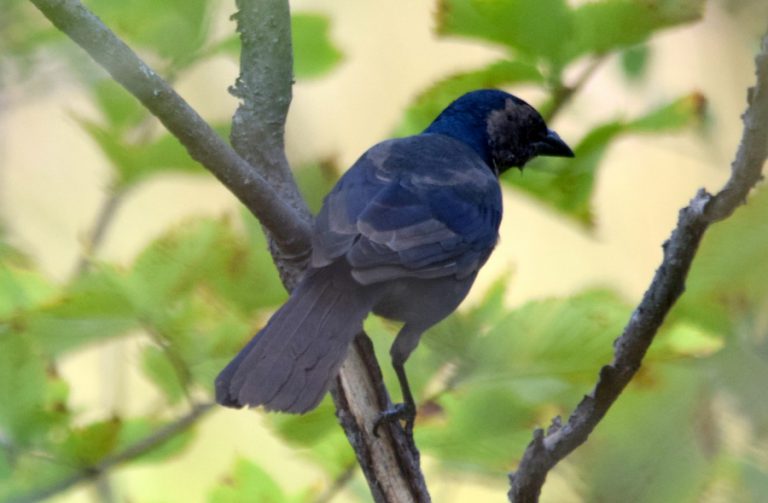 jimmyhu
Canada (Ontario)
Aug 28 2015
This bird looks like a blue jay but without its major marks: no crest, no white strips/spots. It is a little smaller than a blue jay but bigger than 6 inches of the most song bird size. Its thick and dark beak is a jay or crow like. I found it under the bushes. I clearly saw the blue as the major tone for this bird (thus, ruled out the common crackle). Only possible candidate is the gray jay but feather did not match.
Aug 29 2015