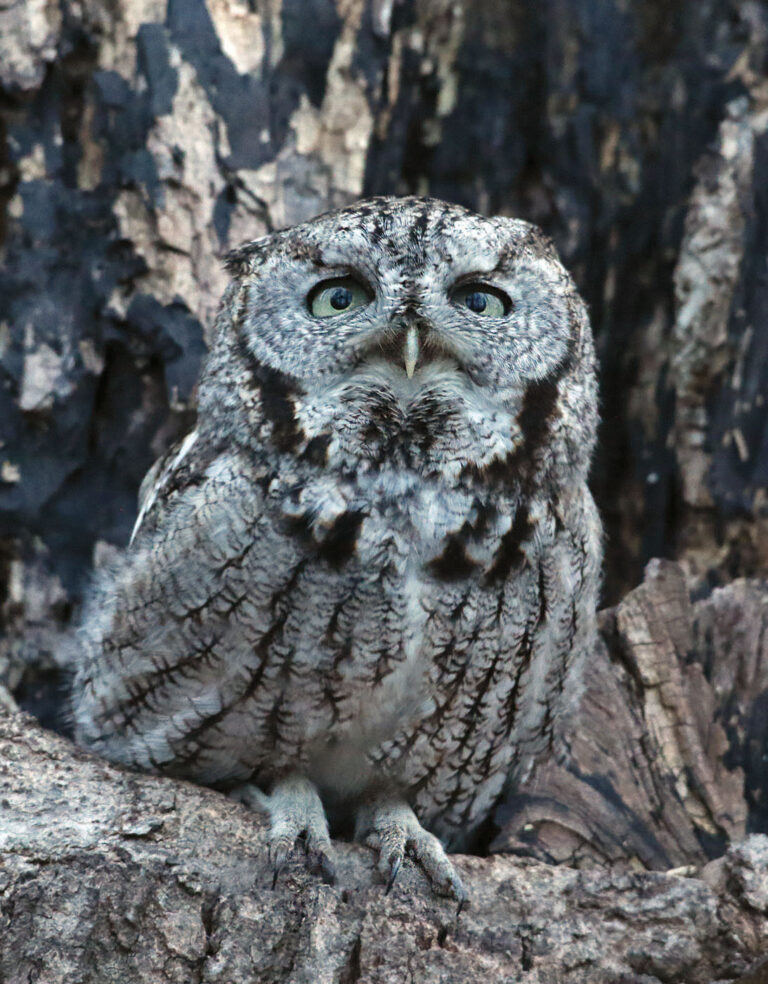 BrianMorin
Canada (Ontario)
📍 Map
male, adult
Ottawa - This is a known bird, quite used to people, although this was my first visit in a few years. It roosts a short distance from the nest site which the female is currently occupying. When I shot the photo, the bird was cautiously watching a mother raccoon and two kits high in a tree 8 metres away. They had just emerged for a night ramble. After a couple of minutes it launched towards the raccoons and flew right at the mother's head with wings open, likely dragging his claws on her fur as he flew by, it was that close. After a couple of minutes he repeated the attack and five minutes later did it again, each time engaging her head. It was pretty dark at that point so I didn't see the final outcome but the issue is that raccoons are one of the prime predators for Screech Owl nests.

The shots were taken as darkness was setting in so this was at only 1/10 second on tripod using a remote and ISO was up to 3200 (I don't have a mirrorless camera so ISO is an issue). Many of the shots incredibly were in focus and looked not bad. I got lucky.

Click to add a photo
x
View All Images
About